Are you ready to make a comeback? I was… My name is Laura Readel and I’m a 45-year-old Mom of 2 beautiful kiddies and wife to a loving husband, Charlie. I am an RA WARRIOR and want to share my experience and support to others who battle chronic illness. There is hope. There is a way we CAN control some of our symptoms.

I was diagnosed with Spondyloarthritis and Rheumatoid Arthritis in Feb. 2015. This diagnosis didn’t come easily. My orthopedic surgeon knew something wasn’t “right” when I needed a total hip replacement with no prior injury to my hip. Years and years of arthritic knee issues were attributed to playing competitive soccer and multiple injuries. But my hip deterioration simply didn’t make any sense so he referred me to my Rheumatologist. Most likely, I’ve had RA since I was in my teenage years. With joint hypermobility as well as RA I have had severe degeneration in most joints and arthritis comparable to an 90-year-old. 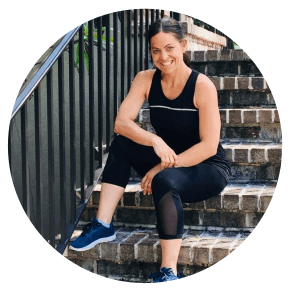 I no longer played competitive sports or even recreational, and working out was certainly becoming very challenging as my body continued to deteriorate. As an athlete all my life I had a competitive edge that was no longer being met. I was feeling frustrated that I couldn’t do the things I loved to do any longer, and I worried that I wouldn’t be able to enjoy the outdoors and playing with my kids as I had hoped.

I knew if I wanted to live a healthy and fulfilling life with my kids and husband I needed to figure out a way to adapt to my diagnosis without giving into it. I needed to quickly find ways to workout and feel better. I needed to dive into my nutrition, identify triggers for RA flare-ups, and determine what foods I needed to focus on. I do my best to eat clean and healthy and use proper portions 80% of the time. The other 20… well, that’s filled with dunkin donuts, my Mom’s pasta, a glass of Shiraz, or a trip to Kerber’s to get some ice cream

I needed to be a STUDENT of my body and my disease. I needed to use my symptoms as a motivation for finding solutions. I needed to dive into learning again and be open to education and other’s experiences.

I needed to lean into my faith when I felt as if my body was failing me. And I needed to surround myself with others who were there only to lift me up and challenge me to be better.

I became a Health & Fitness Coach and have spent a great deal of time sharing my experience with others who are also WARRIORS. I have connected with many others and have become part of a community of goal crushers. With a Master’s Degree in Professional Counseling and a love for health and fitness… I cannot think of a better fit for me.

I want others to know that they CAN get back in the game. No matter what your reasons are for falling behind or what your limitations are, you CAN become the healthiest version of you. It’s never too late to make your comeback. It’s never too late to find the time, the reason, and the ways to make it happen. . Your comeback may be after an injury, a divorce, a job loss, a death. Life happens, things stray us away from our health goals. We all have our story, this is my story, this is my comeback… I hope you follow me as I continue to move forward in my health journey. And I’d love to hear about your story, and support you as you make YOUR comeback!

An Autoimmune Disease is a condition arising from an abnormal response from your body’s immune system. Our immune system guards our bodies against germs such as bacteria and viruses. When our immune system senses an attack of a foreign invader it will release an army of fighter cells to attack. Normally, the immune system is able to differentiate foreign cells from our own. If someone has an auto immune disease; however, their immune system mistakes part of their body, such as joints or skin, as foreign. It continues to send out proteins called auto-antibodies that will attack healthy cells.

There are at least 80 types of autoimmune disease and nearly any body part can be affected. Some autoimmune diseases target only one organ such as Type 1 diabetes which damages the pancreas. Other diseases, like lupus, affect the whole body. The cause of auto immune diseases is usually unknown and most often not curable. Most people who have auto immune diseases spend a great deal of time managing symptoms through medications, nutrition, exercise, and working closely with their doctors for their best course of treatment.

Autoimmune symptoms often resemble those of other viruses…. if you have any of these symptoms seek medical advice with your doctor.

What You Should Know

Some people are more likely to get an autoimmune disease than others. Women get autoimmune diseases at a rate of about 2 to 1 compared to men — 6.4 percent of women vs. 2.7 percent of men. Women’s symptoms often present from early teen to childbearing years (ages 14 to 44).

Heredity is also considered during diagnosis. Lupus and multiple sclerosis run in families and although not every family member will get the same disease they inherit a susceptibility to auto immune conditions.

Because the incidence of autoimmune diseases is rising, researchers suspect environmental factors like infections and exposures to chemicals or solvents might also be involved.

Nutrition is also considered a factor in autoimmune diseases. Immune responses can be set off by eating high-fat, high-sugar, and highly processed foods which are linked to inflammation.

Another theory is called the hygiene hypothesis. Because of vaccines and antiseptics, children today aren’t exposed to as many germs as they were in the past. The lack of exposure could make their immune system overreact to harmless substances.

As noted, many theories are being researched as to what causes autoimmune diseases. No theories have been scientifically proven although there is research that supports each.

Treatment depends on the type and severity of someone’s condition. Although treatment cannot cure the autoimmune disease they can control overactive immune response and decrease swelling in joints. While treatment usually improves symptoms, they do not typically cure the disease.

Medications are often used to reduce symptoms. Drugs used to treat these conditions can include: nonsteroidal anti-inflammatory drugs (NSAIDs) such as ibuprofen (Motrin, Advil) and naproxen (Naprosyn); immune-suppressing drugs such as corticosteroids (such as prednisone). Targeted drugs such as tumor necrosis factor (TNF) blockers and Interleukin inhibitors can be used for some diseases

Some doctors will work closely with patients and will identify other supplements to replace a substance that the body lacks, such as thyroid hormone, vitamin B12, or insulin, due to the autoimmune disease. Supplements can reduce symptoms and make daily living more manageable.

Physical therapy is sometimes recommended to help with movement if the bones, joints, or muscles are affected. Physical therapy can help increase mobility, strengthen weaker muscles, and move fluid away from joints causing less swelling. Daily exercise is highly recommended to manage symptoms and assists in reducing stiffness, pain, and fatigue. Exercise modifications can be discussed with your doctor and must be closely monitored.

Eating a well-balanced diet can also help you feel better. It is important for people who have autoimmune diseases to pay close attention to foods that may trigger flare-ups and increase swelling and joint discomfort. Processed foods, high-fat foods, gluten, dairy, and many other foods are known to affect symptoms of many autoimmune diseases. It is very important for patients to work with their doctors to choose a nutrition plan that works well with their bodies and reduces symptoms as much as possible. 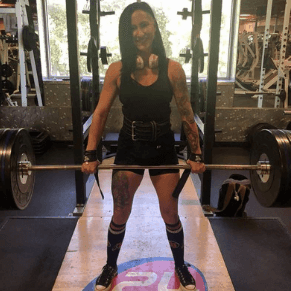 Meet powerbuilder, Ali Fowler…. A 31-year-old Mom of 2 beautiful daughters, diagnosed with Rheumatoid Arthritis when she was 24-years-old. She lives in Salt Lake City, UT and works hard as a Restaurant Manager to provide for her family. She is a cheer and softball Mom who loves spending time with her girls.

Before she was diagnosed, Ali was hospitalized for what she thought was an ongoing knee injury caused by running. While in the hospital the doctor noticed the size of her ankles doubling in size… he immediately ordered blood work which pointed to something more concerning. Ali was then directed to see a specialist and who determined she had RA. She was told to discontinue running and all impact exercises. She also had to stop managing a garden center nearby.

Life changed significantly for Ali after her diagnosis. She spent the next 4 years going on and off a mostly vegan diet – pretending to be “fine” while silently fighting flare ups. Her hands looked like a 90-year-old womans and symptoms were difficult to manage. Changes within her family structure had also caused stress in her life – and after her divorce Ali decided to hit the weight room rather than crash dieting. She also quit drinking alcohol at this time. Ali has worked hard to remove all negativity- toxic people and negativity had no room in her battle against RA. 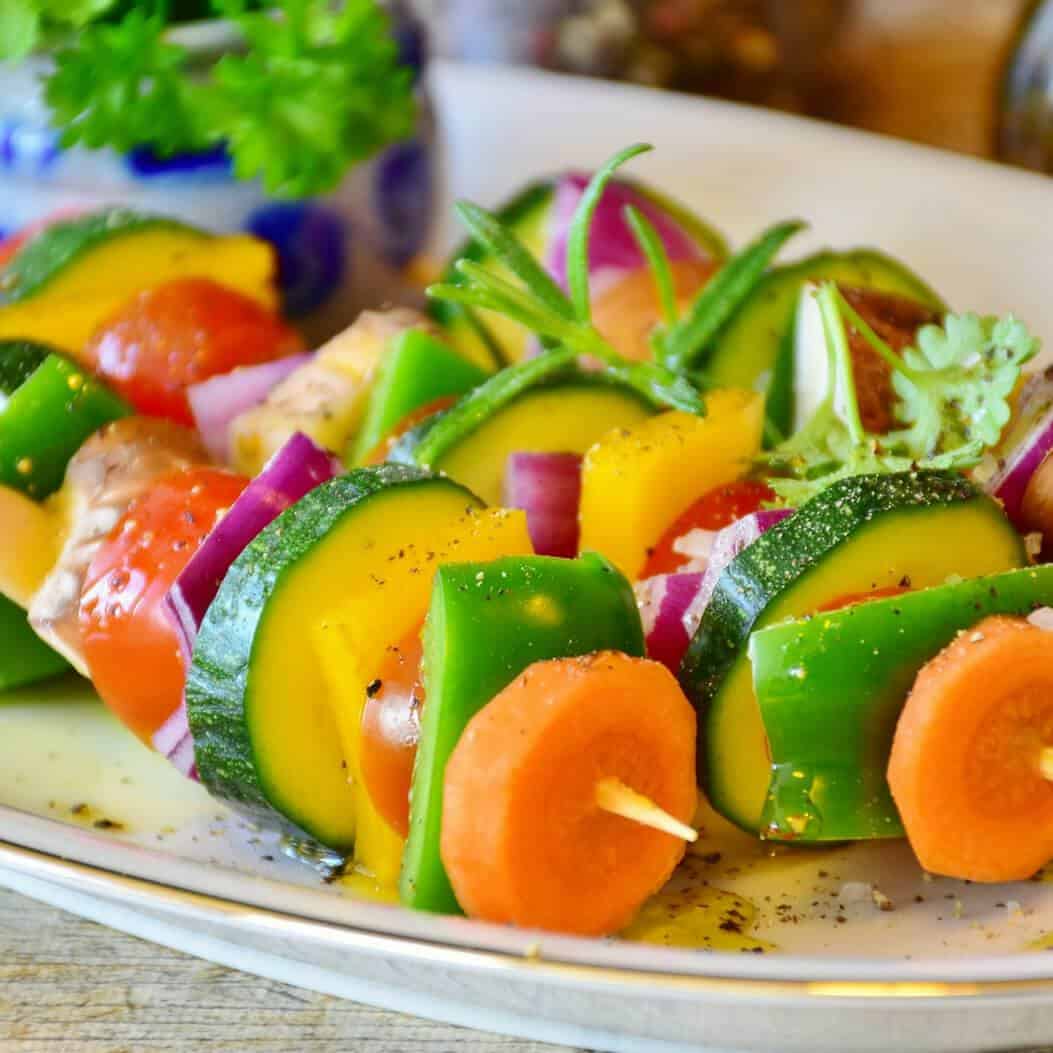 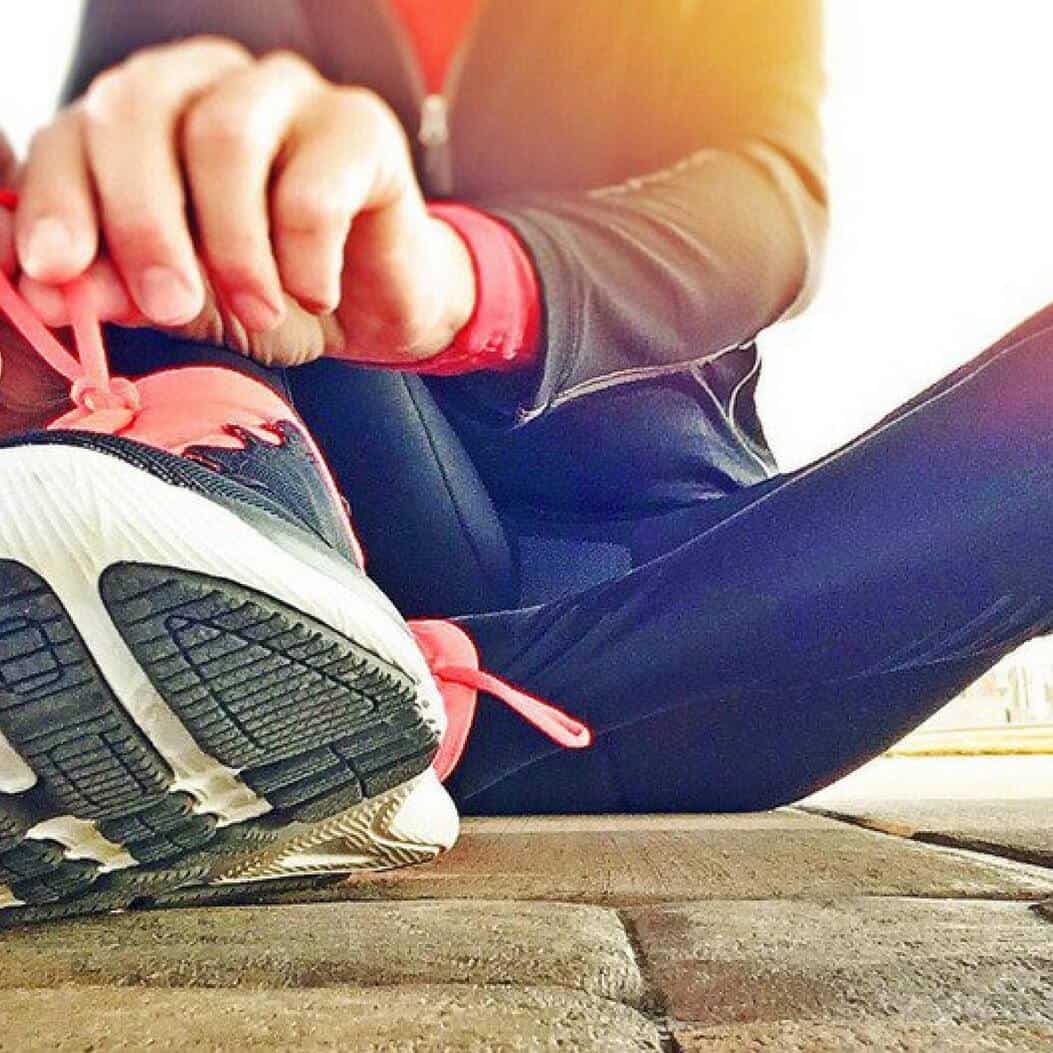 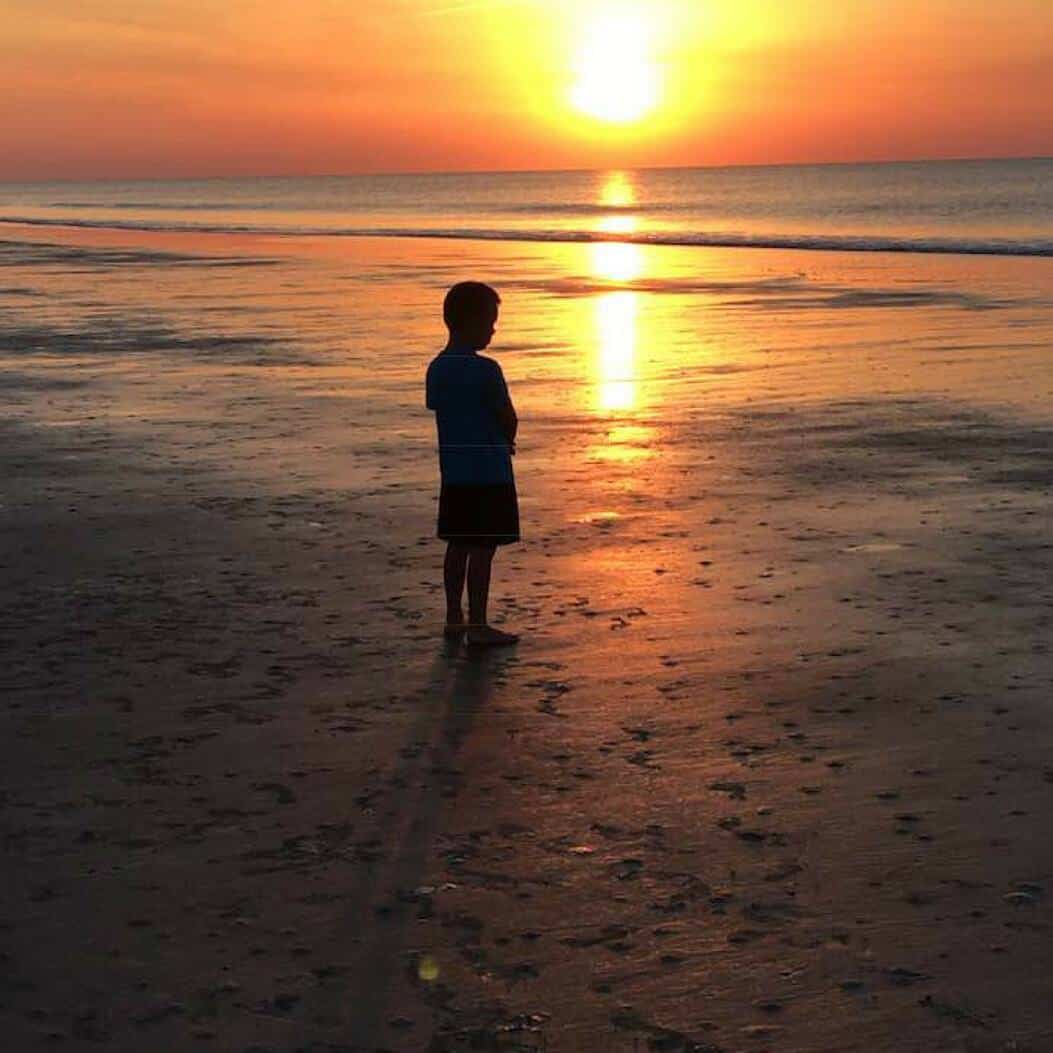 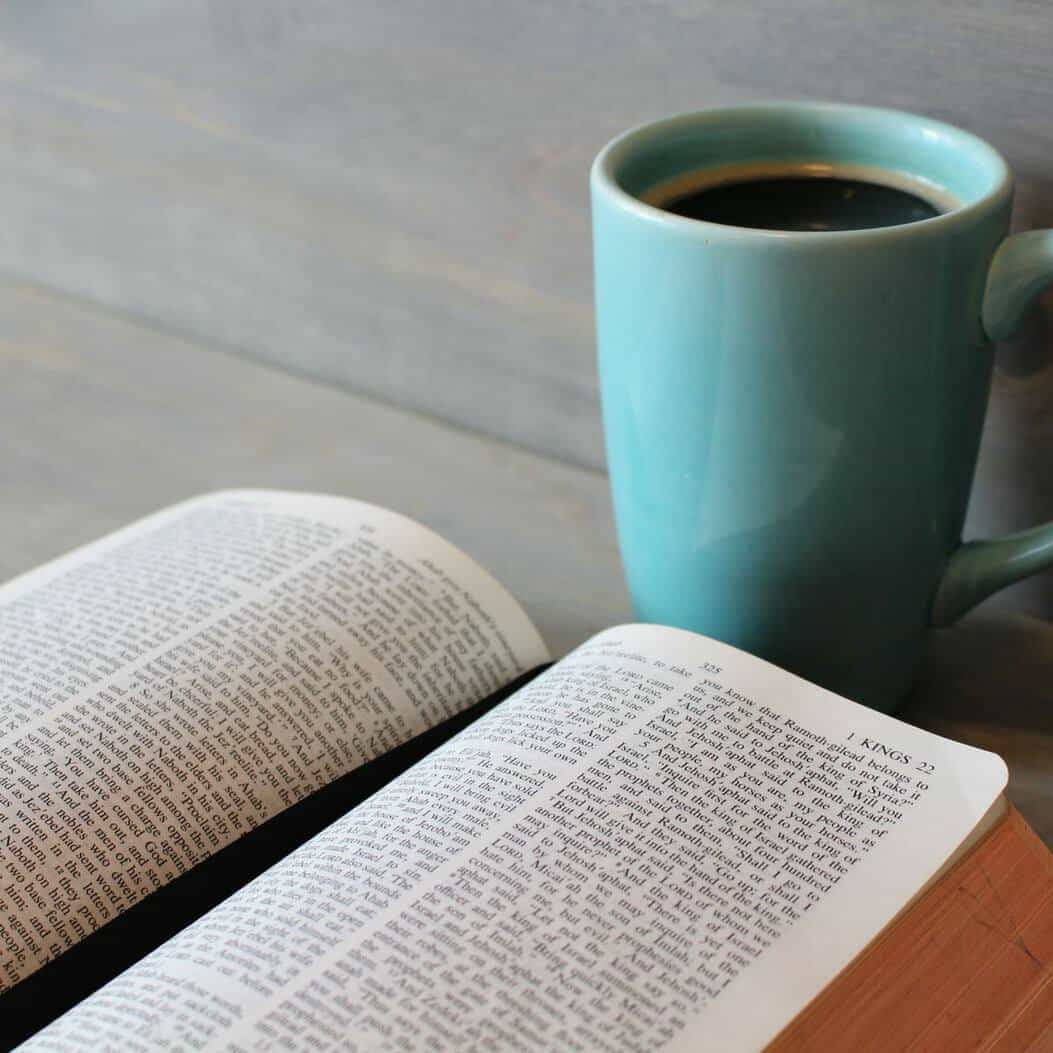 I’m Coach Laura and I’m making my comeback! After Rheumatoid Arthritis caused some setbacks – multiple knee surgeries, and a total hip replacement in August 2016 I have been working hard to reach my goals and be as active and healthy as possible. I am a wife and a Mom, and I’m making my comeback! I’m so excited to share my health and fitness journey with you. Stay connected and check back to our site for resources, upcoming health groups, and healthy recipes. I hope that I can inspire you to make a comeback and I look forward to supporting you along the way~ Thanks for stopping by!

Be Kind, everyone is fighting a battle you know nothing about.  Be Kind.  Always be kind.

No images found!
Try some other hashtag or username

This site uses functional cookies and external scripts to improve your experience.

NOTE: These settings will only apply to the browser and device you are currently using.

These cookies are used to collect information about how visitors use our site. We use the information to compile reports and to help us improve the site. For more information on how these are used and opt out options, visit https://policies.google.com/technologies/ads.

These cookies are necessary for the site to function properly and comply with the GDPR regulations.